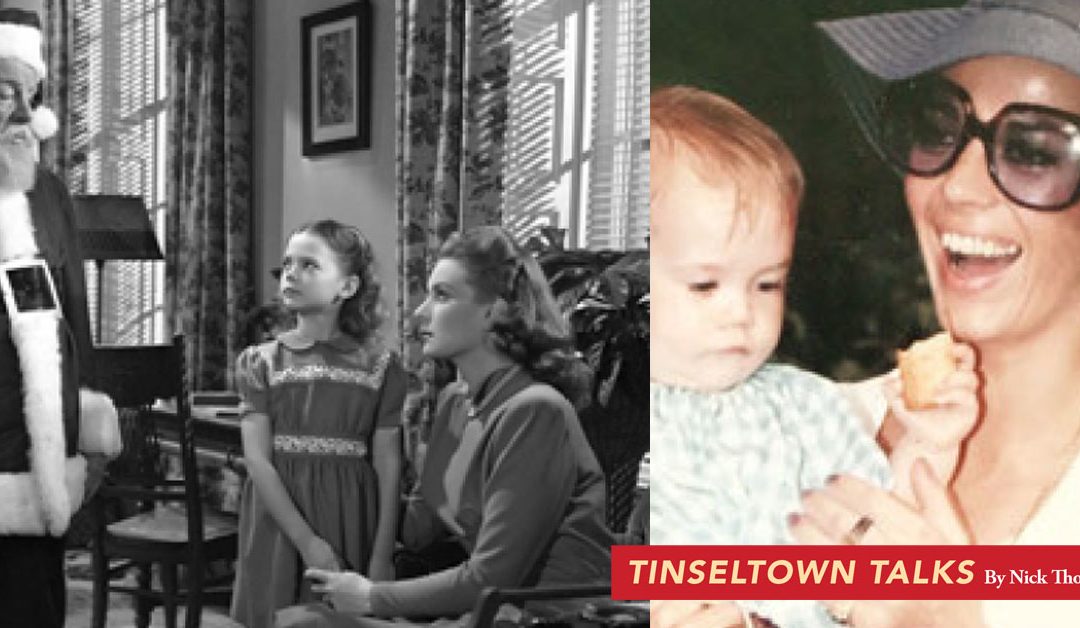 With the holidays approaching, seasonal movie favorites will soon be inching their way into television schedules. While considered perennial Christmas entertainment fare, the opening scenes of “Miracle on 34th Street” actually take place at Thanksgiving with the annual Macy’s parade. The 1947 movie and Thanksgiving festivities hold special significance for actress Natasha Gregson Wagner.

“I don’t recall the first time my mother showed me ‘Miracle on 34th Street,’ but I remember as a child knowing she was in the cast and enjoyed watching her as a little girl,” said Gregson Wagner from Los Angeles. That child actress in the movie
was her mother, Natalie Wood.

“The first time I saw my mom on the television was on one of those big old square box sets and I actually found it a little scary,” she recalled. “I even went around the back to try and figure out how she got inside!”

Thanksgiving meals with her mother remain memorable for Gregson Wagner.

“She loved Thanksgiving which was always very festive and our house was filled with a large extended family. But my mom was not a big cook so a lovely couple, Helen and Gene, would prepare the dinner every year. And the lady who helped raise us, (housekeeper and nanny) Willie-Mae, would make sweet potato puree in a hulled out orange shell topped with marshmallows – delicious!”

Natasha has shared other memories of her mother by contributing personal photos and thoughts to Manoah Bowman’s 2016 book “Natalie Wood: Reflections on a Legendary Life,” as well as co-producing the 2020 TV documentary “Natalie Wood: What Remains Behind.” And two years ago, she created a line of products Natalie Wood fans might enjoy including a gardenia scented candle and perfume.

“When I was growing up, my mom always burned scented candles and gardenia was her favorite scent. Our ‘Natalie’ perfume (is) gardenia based, too, with my favorite citrus notes added such as orange blossom” (see www. nataliefragrance.com).

But with fragrances from contemporary entertainers such as Mariah Carey and Kim Kardashian dominating today’s market, could a perfume named after a classic film star compete?

“You’d be surprised,” says Gregson Wagner. “A lot of young people seem to know who my mother was, especially if they grew up with parents watching her movies. But it’s also a modern fragrance that speaks to young women. And for those familiar with my mother, it’s a way to celebrate her life.”