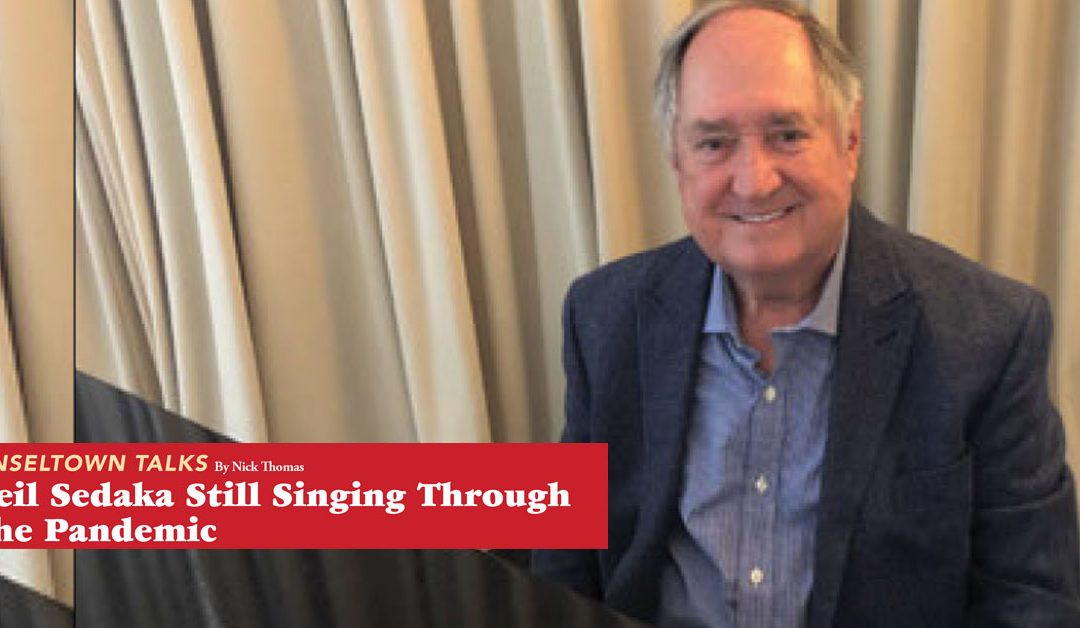 Many performers have recorded videos of encouragement for fans throughout the COVID-19 pandemic months. But few, if any, have been as prolific as Neil Sedaka.

With more than 150 mini-concerts posted since April on his YouTube channel NeilSedakaMusic, the singer, pianist, and composer of 60s hits such as “Calendar Girl” and “Happy Birthday Sweet Sixteen” continues to churn out the casual performances from behind his home piano several times a week and plans to continue into the Christmas season and beyond.

“The response from people all over the world has been unbelievable, even those who were never really Neil Sedaka fans before,” said the 81-year-old singer from Los Angeles. “They can’t believe my body of work.”

Sedaka’s repertoire would impress any artist.

“I started writing songs when I was 13 and have composed over 800,” said Sedaka who, in late March, was one of the first entertainers to post a video of hope during the early pandemic days in the US in the form of rewritten lyrics to “Oh! Carol,” his hit from the late 50s.

A week later, his first mini-concert – filmed by his wife on a cellphone from their New York home with the family parrot in the background – consisted of a medley of a half-dozen Sedaka hits.

“I just thought the music could be therapeutic for people locked down at home,” he recalled. “Then people began requesting songs on my Facebook page, so I decided to continue the mini-concerts.”

For Sedaka, too, the performances have helped get through the months of isolation after moving to the family’s Los Angeles home earlier in the year.

“I’ve continued to play all the big hits, but I’ve also done a lot of my lesser-known songs that I like to call my forgotten or neglected children,” he said. “Some of them I wrote 60 years ago and haven’t played for years, so it can take a while to relearn the lyrics along with the chords and rhythms. But it’s been very enjoyable for me as well.”

Trained as a classical pianist at New York’s Juilliard School, Sedaka discovered pop music as a teen and teamed up with lyricist Howard Greenfield to co-write the songs mentioned above and many more. In later years, other hits were written with Phil Cody (“Laughter in the Rain,” “Bad Blood”) but Sedaka’s love for classical music never waned.

“There are not many singer-songwriters of my era who can play Chopin, Debussy, and Bach!” he said. “I’ve even performed a few piano pieces during the mini-concerts.”

Like other artists, Sedaka’s live tours have been postponed until 2021 (see www.NeilSedaka.com) and he says the
mini-concerts have helped fill the void all entertainers are experiencing this year. He’s also been appearing monthly on the Sirius XM channel ‘50s on 5’ with his program “In the key of Neil.” While he’s looking forward to returning to live concerts next year, don’t expect to hear any new Neil Sedaka songs since he stopped composing several months ago.
“I felt if you can’t top it, you should stop it,” he said. “I think the reason I’ve been around so long is I’ve always been able to raise the bar, reinvent Neil Sedaka, and to develop and grow. It’s still very gratifying to hear my music played on the radio – the songs will outlive me.”