Paul ‘Crocodile Dundee’ Hogan is back – sort of 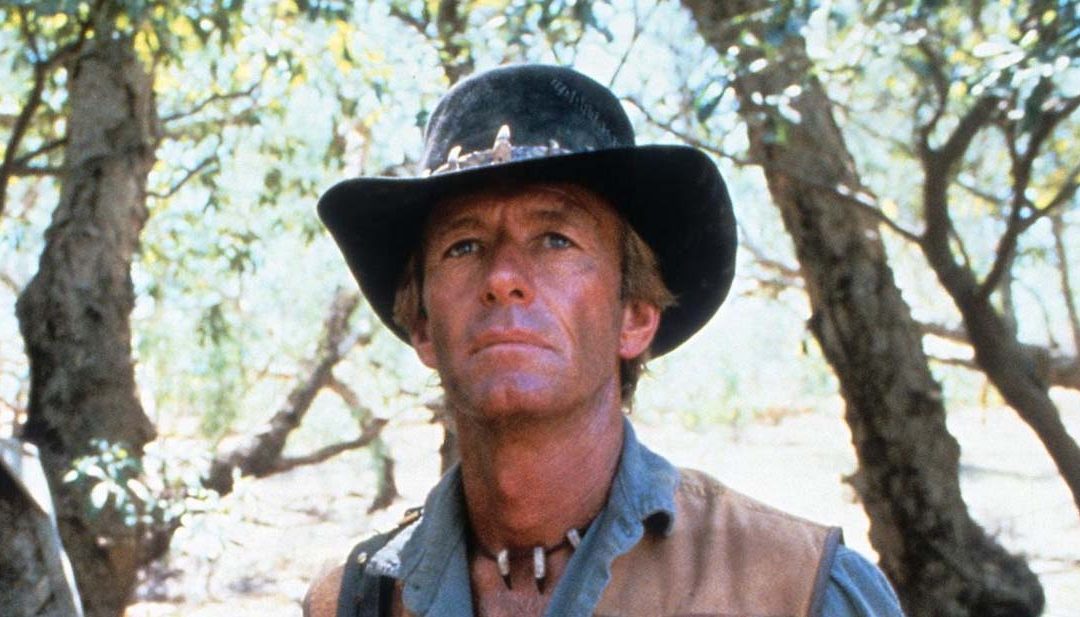 Paul “Crocodile Dundee” Hogan Is Back – sort of

It’s been 35 years since Paul Hogan unleashed the iconic character of rugged reptile wrestling Mick Dundee onto the world in the 80s hit film “Crocodile Dundee” and two sequels. Hogan returned last December – via digital download in the U.S. – in “The Very Excellent Mr. Dundee” released on Blu-ray/DVD February 16. 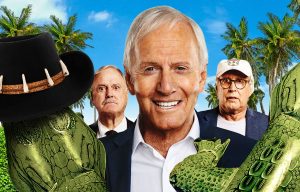 The Aussie actor is quick to point out that “Mr. Dundee” is not another Dundee movie, but a self-parody where the quiet-living Hogan (starring as himself) falls afoul of a series of ill-fated self-inflicted blunders that snowball, sullying his good reputation. The film also takes a gentle jab at celebrity culture and social media.

“But it’s not a deep meaningful movie, just a bit of fun,” said Hogan from his Los Angeles home.

“While it pokes fun at Hollywood rules and how social media through the modern online community can give you a reputation that you don’t deserve, it’s mostly aimed at me.”

The screenplay, written by longtime collaborator Dean Murphy, is mostly fantasy sprinkled with factual tidbits about the real Hogan. Many more facts about Hogan’s life and career are recounted in his autobiography, “The Tap-Dancing Knife Thrower: My Life (without the boring bits),” published last year. 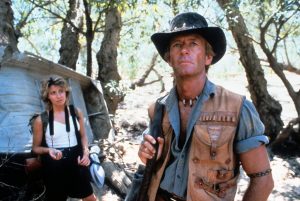 While the book has been highly praised, critics were not so generous when “The Very Excellent Mr. Dundee” was first released last year. No surprise that didn’t bother the unflappable Hogan. “I ignored it, you just take it as it comes.”

Critics were much kinder when “Crocodile Dundee” was released in 1986 to international acclaim. “Its impact was staggering and it turned out to be the most successful independent movie ever,” said Hogan.

The original film yielded one scene destined for cinematic comedy history where Hogan defensively brandishes that giant hunting knife on the streets of New York City.

“I’ve still got the original knife, safe in a bank,” said Hogan. “We also had rubber and wooden ones for various scenes, but I co-designed the original. It might be worth a bit of money to a collector now!”