Whale of A Tale 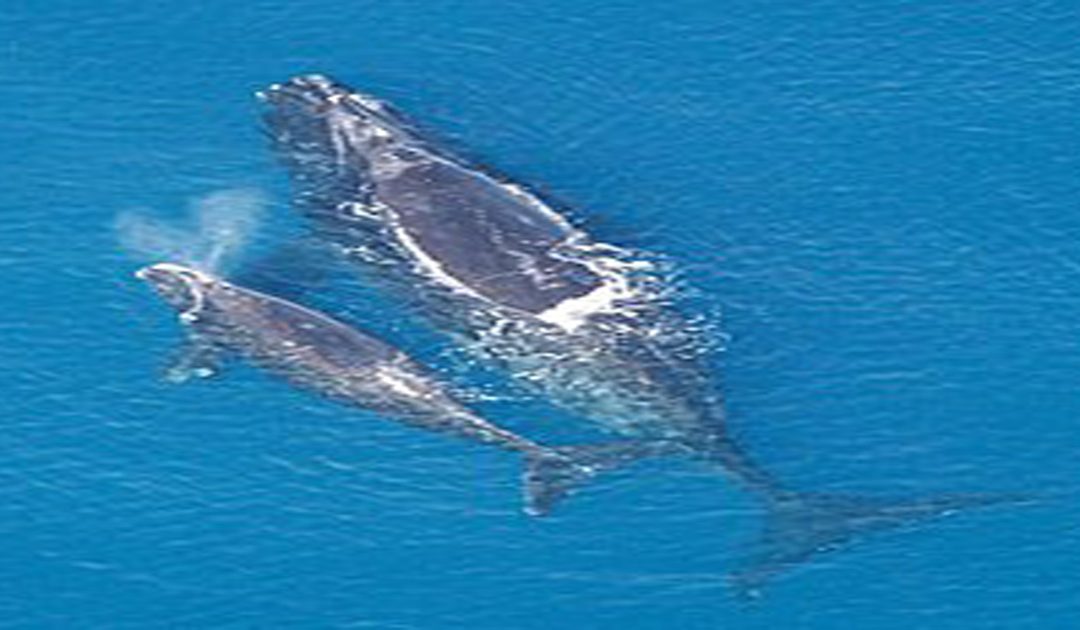 Whale Of A Tale

A black shadow skims the sea surface near the beach. An explosion of a V-shaped mist rises before the vision disappears. Sometimes you see the arch of her back with a miniature offspring at her side.

The North Atlantic Right Whales and their ancestors for centuries have regularly come to our shore. Although these behemoths remain unchanged by time the shoreline certainly has. When seawater was encased in glaciers, the beach was thirty miles to the east of today’s coast. In later millennia the melted ice raised the sea level as far west as Orlando.

An ancient indigenous group, and their descendants the Ais, took whales by canoes, spears and ropes.  These people lived solely on the harvest of the sea, with no agriculture. Whale bone and baleen were useful for not only daily life but also trade. Ambergris from sperm whales was also traded by the Ais.

Right Whales, second only in size to the blue whale, measures an average of fifty-five feet in length and weighsapproximately seventy tons. They feed all summer in New England and Nova Scotia. Mother Whales, like “snowbirds” head south to Georgia and Florida between December and March accompanied by a few males and some juveniles. The females come to the only known calving area in the world, their instinctual maternity ward.

In the eighteenth and nineteenth century commercial whaling provided today’s equivalent of petroleum and plastic. Whales seemed to be an unlimited natural resource, supplying a precious commodity. Right Whale blubber, forty percent of its body weight, was processed into fuel for oil lamps. Baleen, the flexible strands dangling in the whale’s mouth, sieved food from sea water. This strong easily bent material was turned into the plastic of the time. This “whale bone” was found in the frames of spectacles and hoop skirts, buggy whips and collar stays and of course those waist cinching corsets. At times, these fixable sheets were the most marketable and lucrative of whale products.

With the thriving market and amicable character, these black whales were the “right” whales; the easiest whales to hunt and the biggest money maker. They were surface feeders in coastal waters and seldom sounded or dove after harpooning. With high fat content, they even floated after death, making them the perfect fit for their own demise.

In 1859, however, oil was discovered in Pennsylvania and the nations eyes turned to more affordable kerosene. By 1900 they were all but a few dozen Right Whales remaining. A ban on whaling in 1937 was ineffective because it was never enforced. International restrictions and American designation as Endangered, then critically Endangered, prevented complete extinction. In 2001 there were about 300 Right Whales, in 2020 there are still less than 400. But now even with public awareness and research the whales relationship with humans is still precarious.

As we enjoy the sightings of our “snowbird” whales, threats remain. Eagar beachgoers swim out to get a close look not knowing of the five hundred feet restriction zone around each animal to protect caving mothers. Since both whales and ships use the same sea lanes, major mortalities are related to their collisions called ship strikes. Whale vocalization and orientation are disrupted by sonar especially near the Undersea Naval Training Range located in the calving area.

You could become a volunteer for the Marine Resources Council, Right Whale Monitoring Program. The network of spotters’ record sightings, not with,” Thar she blows” but information immediately sent to state and federal protectors. For instance, when notified Canaveral Port pilots maneuver their vessels to avoid ship strikes.

Despite the tragic history of these giants, there is hope. We share the only place where Right Whales come to birth. It could be said that Right Whales are true Floridians. With each Mother making the ancestral voyage to our coast, and each baby born in the safety we afford them, becomes the bridge between the frightful past and a healthy future.