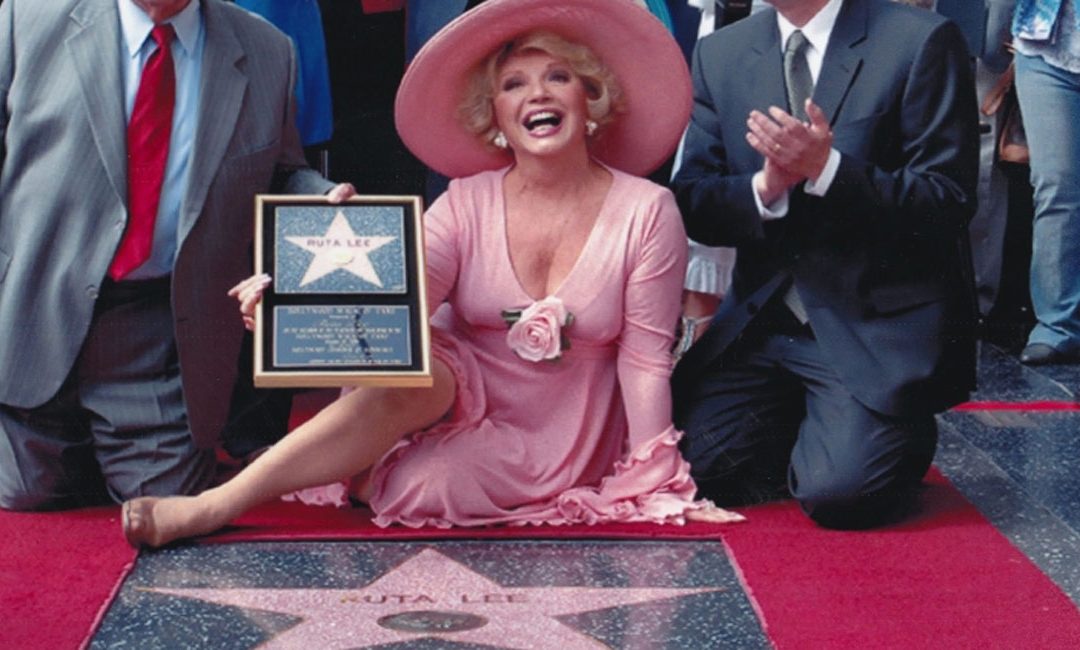 While some entertainers are renowned for their personal and professional demands while working, Ruta Lee never aspired to be a diva. Acting nonstop in film, TV, and theater since the early 1950s, she tackled projects with professionalism.

“There was no time to throw fits because you had to work quickly as you rapidly went from job to job,” recalled Lee from Los Angeles.

Off-screen tasks were also approached with her trademark zeal. In 1964, she called the office of the Soviet leader Nikita Khrushchev to secure the release of her 90-year-old Lithuanian grandmother held since World War II in a Siberian internment camp.

A decade earlier, Lee approached her first film role as one of the brides in “Seven Brides for Seven Brothers” with similar resolve. “During the dance audition, the producers and director asked me to show them something folksy. Because of my Lithuanian descent, I danced up a storm with a polka and got the role.” 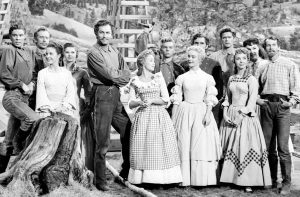 She was paired with gifted dance partner Matt Mattox in the beloved MGM musical and remembers one rehearsal.

“He lifted me high off a bench and I sprained my ankle when I landed. So I learned most of the choreography from a sitting position, but still managed to do most of the dancing in the big barn-raising number.”

Many stories from the actress’s career and life can be found in her April 5 autobiography “Consider Your Ass Kissed,” the edgy-sounding title merely reflecting the genuine gratitude she feels for the people she worked with. She also celebrates a birthday this month, turning 86 on May 30.

A quick study, Lee learned an early valuable lesson in on-set protocol when she boogied her way into one of her first TV roles – a 1953 episode of “The Adventures of Superman.”

“It was a short dance scene in a café and I decided to rehearse during lunch hour,” she explained. “But when I plugged in the record player, someone grabbed me and said, ‘you can’t do that, you don’t belong to the electrician’s union!’”

Lee went on to make hundreds of appearances in TV series as well as games shows such as “Hollywood Squares” and “High Rollers” (as Alex Trebek’s dice roller), but westerns were a favorite (see www.rutalee.com). And while many cowboys chased her, only one came close to catching her off-screen. 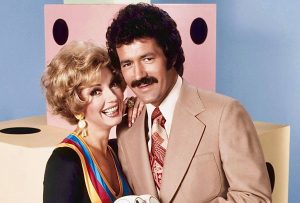 “Most of the dating I did was for publicity purposes and never had any real romances with actors except Eric Fleming from ‘Rawhide.’ What a darling man, but the most he got was a goodnight kiss!”

Her serious relationships were always with businessmen, she says, not show business men. In the midst of her rising career, Lee met Texas restaurant executive Webster B. Lowe, Jr., and the couple soon married. They were together for 46 years until his death last year.

Lee has also been a tireless voice for charitable organizations such as the Thalians raising millions of dollars through her leadership role to support people with mental health problems, including returning veterans (see www.thalians.org).

And then there was that phone call to Khrushchev’s office to rescue her Siberia-bound grandmother.

“Within 48 hours we were flying over to bring her back to America. So I’ve had an interesting life and I’m always involved with something. It’s been a long, wonderful, and fruitful career.”

Nick Thomas teaches at Auburn University at Montgomery, Ala., and has written features, columns, and interviews for over 850 magazines and newspapers and is the author of “Raised by the Stars: Interviews with 29 Children of Hollywood Actors.”