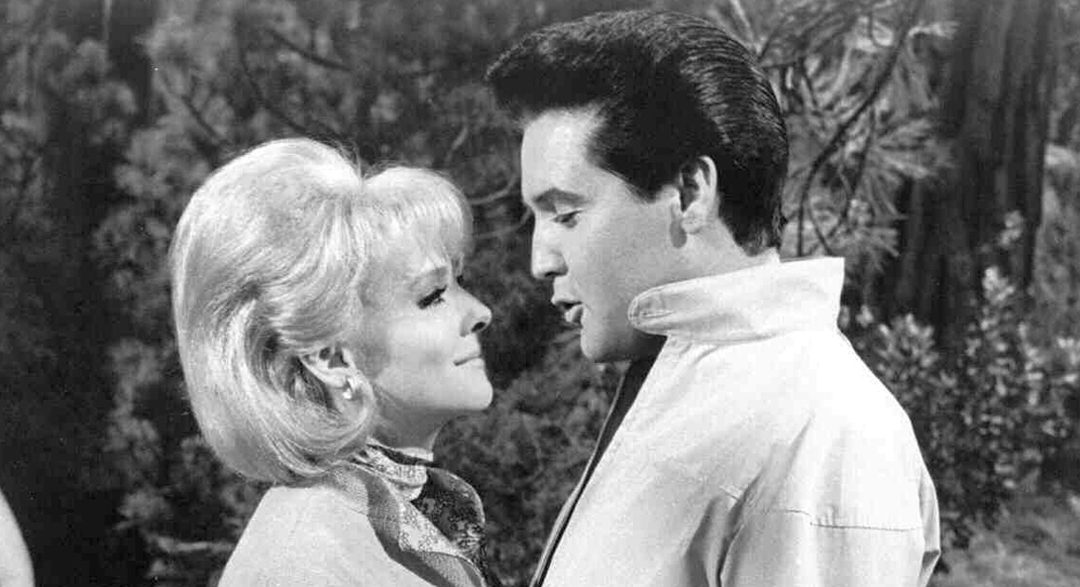 According to Diane McBain who turned 80 in May, it’s never too late to begin a new chapter in your life. Along with co-author Michael Gregg Michaud (see www.facebook.com/michael.michaud.90), the 60s glamour gal published her autobiography “Famous Enough: A Hollywood Memoir” in 2014. She also recently penned her first novel, “The Laughing Bear.” 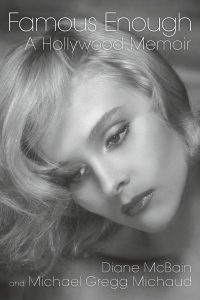 “And I’ve got another ready to be published,” said McBain from the retirement community in Woodland Hills, California, where she has lived for several years. “I have a cottage here and spend my time writing my heart out. So you can start a new career whenever you want.”  2021 is also special for the actress since it was 60 years ago this year that her favorite film, “Claudelle Inglish,” was released in which she portrayed a ‘good girl’ who turns very bad.

“It was just my third film, so playing the title character gave me a great opportunity to test my acting wings,” she recalled. “I had led a very sheltered life growing up in Glendale (California), so playing the bad girl was an interesting challenge.” 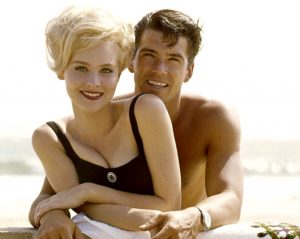 McBain arrived in Hollywood as the studio system came to an end and appeared in over two dozen movies through 2001. She turned to television in the 60s appearing in dozens of shows, most notably co-starring in “Surfside 6,” as well as guest-starring parts in TV classics such as “The Wild, Wild West,”  “The Man From U.N.C.L.E.,”  and “Batman” as the colorful Pinky Pinkston. Her first TV roles were alongside James Garner and Jack Kelly in episodes of “Maverick.” 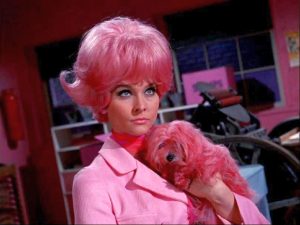 “They were both great Mavericks. Jack Kelly was really the first actor I worked closely with and was my first screen kiss. I was just a young girl and had never kissed a mature man before. But he was very sweet about it and I just adored him.”

A few years later, in 1966, McBain snagged another on-screen romantic moment, this time with Elvis in “Spinout.”  “Women have asked me many times what it was like to kiss Elvis and I tell them it was just as wonderful as you would imagine!  He was charming and a lovely person to work with. He didn’t come on to me which I appreciated because so many did throughout my career.” 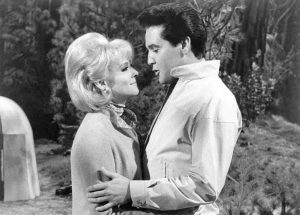 Diane discusses her personal and career ups and downs, including some truly traumatic times, in her book. In 2001, she left Hollywood after a bad experience serving on the board of directors of the Screen Actors Guild.

“I turned 60 that year and worked very hard to represent people in the industry and do the best I could.  But it’s a very political organization so I found myself at real odds with others and under very stressful and nasty circumstances. The experience really turned me off being an actor.”

After her spell with SAG concluded she moved to Pine Mountain Village, about 90 miles northwest of Los Angeles.

“I got a little cabin, moved in, and lived there for 15 years. I just loved it and especially the white Christmases in the mountains. But age was catching up with me and I had some health issues so that’s why I moved to the retirement facility. I still live independently and am enjoying my time here very much. It’s serving my health issues well.”

Obviously, says McBain, eating well and exercising as you are able can contribute to good health as you age. But a healthy mental approach is important, too, she stresses.

“It’s a great time in your life to start over and maybe tackle something you always wanted to but never had the time. For me, it’s writing. Your life is never over until you decide it’s over.”