Brevard Responds: The Story of Helping One Military Family and Honoring the Greatest Generation on One Night 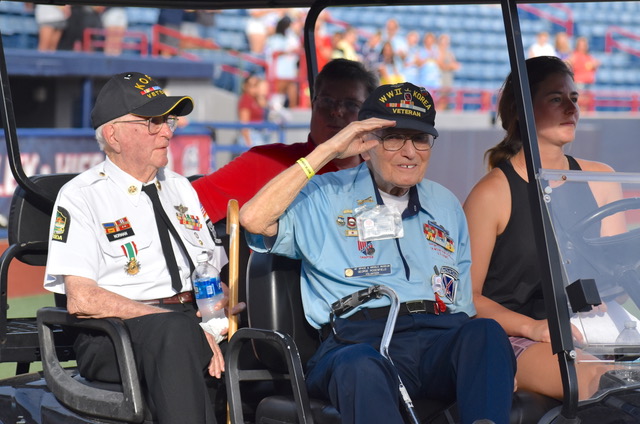 Brevard Responds:  The Story of Helping One Military Family and Honoring the Greatest Generation on One Night

The US Military operates with many pledges, creeds and commitments.  One of them is “No One Left Behind”.  Another is that American Veterans Deserved to be remembered.   These concepts came together last month at the USSSA’s Space Coast Stadium, but you may have missed it!!

In Brevard County last July 4th Weekend there were at least 11 major Independence Day Ceremonies, Parades and even more it seemed Fireworks displays over the four days of July 2-5.  It was a wonderful celebration of our 245 year old country’s birthday, but also an extra strong rebound from the same time in 2020.

No One Left Behind:  For several weeks leading up to a festive opening salvo of the Independence Day Weekend, veterans in Brevard County were also engaged in a somber task of finding ways to raise funds for a former Brevard resident and Instructor at Florida Tech in their ROTC Program and at Viera High School JROTC during the early years of that program.  CSM Mike Sonnenschien USA, Ret, and his wife Hope, had spent several years since his second  retirement on a mission trip on the dangerous but needy Island of Haiti.  Several weeks ago, after serving in three wars as an Army Ranger, he was shot by a criminal in Haiti and almost died.  The family lost everything and had no insurance since Haiti is considered so dangerous.  During three events the community raised over $20,000 for the family including at the ball game on July 2.  LTC Tim Thomas, USA Ret and Melbourne Vice Mayor and Brevard’s Veterans Council Chairman Donn Weaver led the fund raising efforts through the Good Deeds Foundation of the Cape Canaveral Chapter of the Military Officers Association of America. 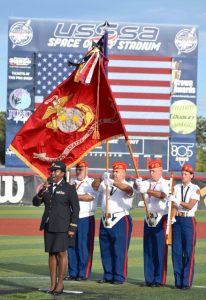 History Remembered:  WWII and Korean War Veterans were honored that night as well, thanks to Space Coast Stadium’s United States Specialty Sports Association and the USSSA Pride Women’s Fast Pitch Softball Team.  Peter Diaz (WWII, Korea and Vietnam); George Rosenfield (WWII and Korea) and Ray Norman (Korea, Vietnam and Desert Storm) were recognized by the 2000 who attended the game as veterans from all services were recognized each inning.  American Patriotism was in great form and set the stage for a memorable Brevard Independence Day Weekend. 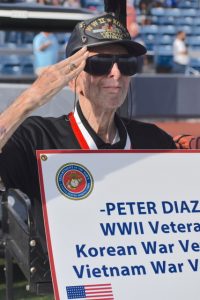 For active duty military members and veterans it is difficult to imagine a better and more supportive place to live than on the Space Coast, including when a crisis hits or when history needs to be remembered. 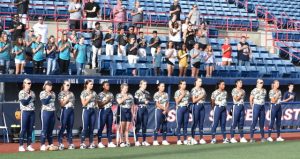 Beyond these specific events the partnership list is incredible.  BCSO has organized a military and veteran appreciation day, the VMC has requested BCSO special teams at many Park events, including one when a BCSO helicopter landed at the Key Lime Pie Festival a few years ago and Sheriff Ivey helped bake the largest key lime pie in history.

NOTE:  As America celebrates 245 years since the American Revolutionary War began this year, we ask all citizens to try to imagine where would we be without our military or without the rule of law which the BCSO and all first responders enforce every day, often at grave risk.  The members of the VMC thus express our profound gratitude for the partnership with BCSO and others and sincere appreciation to all of them and their families who take risks nearly every day to keep us safe and to be able to enjoy living in this country that was made possible by veterans in many conflicts.