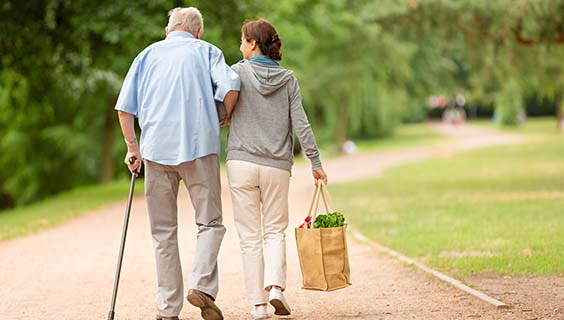 Osteoarthritis is the most common form of arthritis, affecting millions of people worldwide, including over 30 million U. S. adults.  It occurs when the protective cartilage on the ends of your bones wears down over time.

Stiffness and pain in the joints was for centuries seen as a mark of mortality, one of the natural shocks of old age: just look at Leonardo da Vinci or Thomas Rowlandson’s caricatures of old people, with their crooked digits and knobbly joints.  Since the 16th century, anatomists have been familiar with the basic structure of joints – bones capped with cartilage, connected by ligaments, and lubricated by synovial fluid – and the name they gave to the principal disorder of these joints is a classic example of plain English put into learned Greek: arthritis, literally joint inflammation.  This simple term reflects a fairly straightforward clinical history, but it also evokes one of the hardest questions in medicine: how to deal with the intractable, quotidian misery of chronic pain?

Well into the 19th century western medicine viewed joint pain as a symptom, not a distinct disease.  Physicians were familiar with the fever, rashes, and arthritis associated with rheumatic fever, and also recognized that many infectious diseases could leave patients stiff and sore.  In the second half of the century, new work on germ theory and the physiology of inflammation offered a way of understanding why some joints became inflamed and others did not.  As a result, physicians increasingly acknowledged a distinction between rheumatoid arthritis as a form of chronic inflammation and osteoarthritis as the consequence of physical wear.

Through the 20th century several factors challenged the established view of old age as necessarily a time of physical decline.  A broad demographic shift forced industrial states and their health-care systems to confront the burden of chronic disease affecting older populations, while medicine itself took on a new role in monitoring and maintaining health from cradle to grave.  As their speciality emerged in the 1930s, rheumatologists came to recognize what patients had known for centuries: that osteoarthritis was a major cause of chronic pain, associated with exhaustion, social isolation, depression, obesity, and many other serious conditions.  One obvious strategy was to replace arthritic joints, particularly the hip, but could surgeons create an effective prosthesis that would survive a decade or more, and install it without causing more pain and damage than the original disease?

Surgeons has experimented with arthrodesis – fixing a damaged joint – before World Was 2, although this limited a patient’s mobility even further.  In the 1940s French and U. S. researchers worked in hemi-arthroplasty, replacing either the ball or the socket of the hip, but their designs wore out quickly or put too much pressure on the remaining bones.  In the early 1960s John Charnley, an orthopedic surgeon at the Wrightington Hospital near Wigan in the U. K., began to experiment with new polymers such as Teflon in an attempt to mimic the natural, self-lubricating hip joint.  After a series of setbacks, his third version of the total hip replacement (THR), developed in 1962, used a stainless steel ball and a hard-wearing polymer socket.

Joint replacements on Charnley’s lines, including prostheses for knees, elbows, and shoulders, have become the standard response to end-stage osteoarthritis.  Patients who have not reached the point of surgery have typically been put on long courses of painkillers, although the efforts of big pharma since World War 2 to tap into the lucrative pain market have not always been satisfactory.  In the O.S.A., oxycodone and oxycontin were widely prescribed for osteoarthritis but quickly linked to dependence and overdoses.  More successful, and now more widely used, are non-steroidal anti-inflammatory drugs.

In the past 20 years it has become clear that osteoarthritis it not simply a matter of mechanical damage.  Many more risk factors have been identified, and researchers have elucidated the chemical pathways associated with inflammation and wear. As with many chronic diseases, state health-care services have struggled with rising costs and long waiting lists, and lifestyle modification rather than medication seems to offer the most promising avenue for prevention.  Across the developed world, though, THR has become a staple of mass surgery, safe, effective, and long lasting.