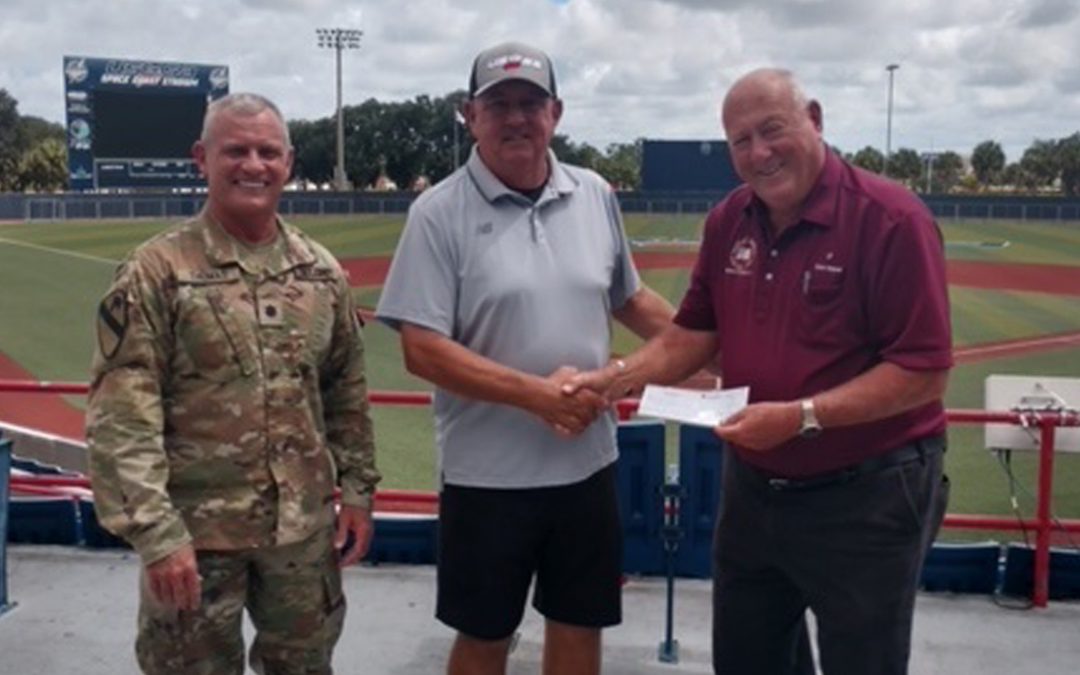 In early May this year, a few veterans approached Bob Grey, Strategic Partner and Manager of the United States Specialty Sports of America (USSSA) at Space Coast Stadium in Viera and his great team with a request.

Only days earlier a well-known former Brevard County ROTC and JROTC Instructor and retired US Army Ranger, MSG Mike Sonnenschien, had been nearly fatally shot while serving on a religious mission to Haiti, a country in major turmoil through this time.  Ranger Mike needed financial assistance to help with air evacuation and recovery since he had given up most everything to pursue his mission through a local Viera Church. LTC Tim Thomas, USA Ret and Vice Mayor of Melbourne as well as Viera HS JROTC Army Instructor led the Ranger Mike Fund effort while Brevard Veterans Council Chairman Donn Weaver worked with the Veterans Memorial Center and other groups in support.

Listening carefully, Grey suggested there was a date on May 22 where a fundraiser could be held at Space Coast Stadium.  Over the next week he worked with the veterans to add additional fundraising opportunities at the July 2 USSSA Pride Fast Pitch Softball Game Military and Veteran Appreciation Night.  Finally he decided that proceeds from a month long on line auction of sports jerseys provided by local sports personalities could also be added to the effort.

Together these events added over 90 per cent of the $22,000 raised to provide to Ranger Mike and his family.  In addition, the July 2 game, attended by nearly 2000,  recognized three WWII and Korean War Vets as well as all military and veterans in attendance, which was a great and patriotic way to kick off one of the best Fourth of July weekends in the history of Brevard County.

During the summer the Bob Grey and his team also included at no cost a full page ad in their program for 2021 about the partnership now established with the Veterans Memorial Center (VMC).  The Good Deeds Foundation of the Cape Canaveral Chapter of the Military Officers Association of America (MOAACC) worked with USSSA and the VMC to create and advertise the Ranger Mike Fund which enabled all donations to be tax deductible.

The jersey auction netted over $6000 which was, on August 13, equally divided between the Ranger Mike Fund and the VMC which is a non-profit organization and facility on Merritt Island behind the Merritt Square Mall.  The VMC supports many veterans, teaches Americans about what veterans have done for our country and has many other missions together with the county.  VMC charges nothing for its museum and other facilities for regular visits. 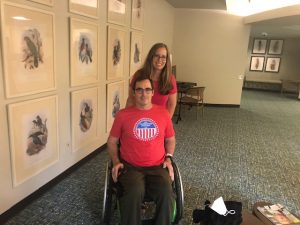 Success breeds new ideas.  The USSSA is now working with the VMC and MOAACC to organize another special night for veterans and active duty military during a late September national softball tournament.  Although the date is pending, teams of men’s slow pitch softball from active duty military units all over the world will descend on Space Coast Stadium for their annual tournament.  Bob Grey and the veterans are back to work seeing what program might work in that environment to help and to bring awareness to the veterans and their missions in Brevard County.  From the 72,000 veterans resident in Brevard, thanks to Bob Grey and his team for such special efforts and their demonstration of patriotism as the new partnership begins.