A New Monument Honors The Fallen Before, Since and to Come 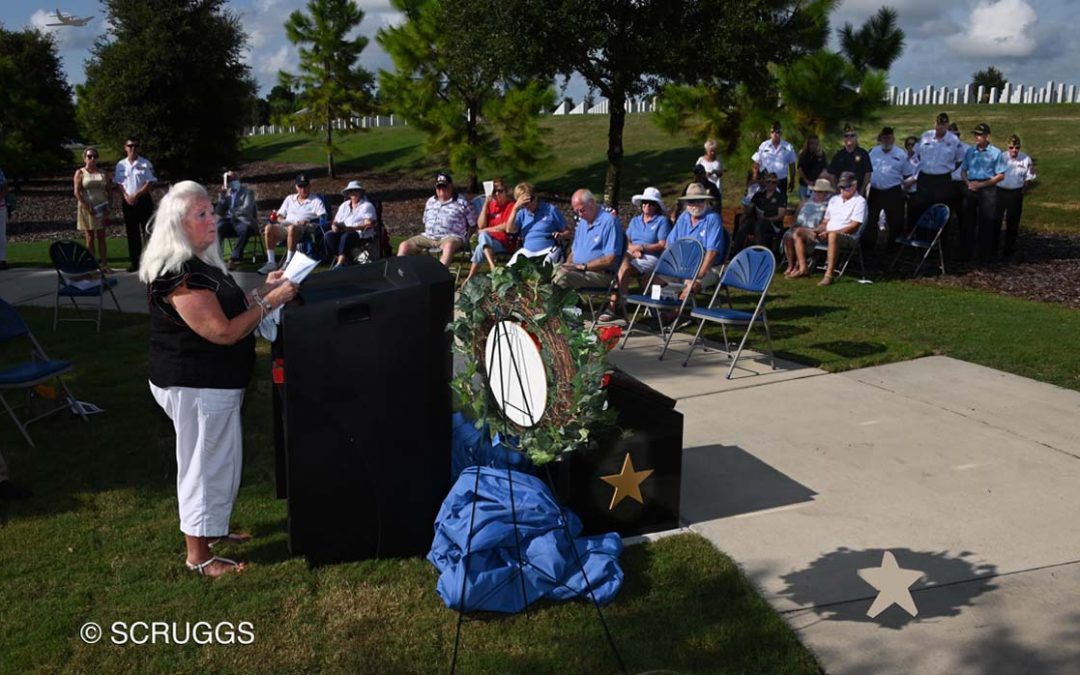 A New Monument Honors The Fallen Before, Since and to Come

9/11 Ended and Changed So Many Lives:  A New Monument Honors The Fallen Before, Since and to Come

During the same morning hours 20 years before when America was attacked on 9/11/2001, about fifty people attended a unique unveiling and dedication at the Cape Canaveral National Cemetery in Scottsmoor.  Likely there would have been many more who supported, funded, built and otherwise cared about the “Monument to the Fallen”.  But, all VA National Cemeteries remain under Covid-19 restrictions which limits gatherings to 50 people or less.

The concept for the monument started more than two years ago with the design and approval process required at National, Regional and Local levels for any public donations of monuments, benches, etc., at any VA National Cemetery.  The concept was devised by Donn and Jeanne Weaver, Gold Star Parents whose son, 1LT Todd W. Weaver, US Army Airborne Ranger, was killed in combat on September 9, 2010 in Kandahar, Afghanistan.  Todd is buried at Arlington National Cemetery in Virginia, but they have strong ties to the Space Coast and try honor all our fallen and veterans in what they do as community volunteers.

It took just a few months starting in January 2021, to raise the $25,500 needed for the project.  All the donors were listed in the Program passed on 09 Sep, along with the three companies that crafted, constructed, engraved and installed the monument, just a few days before dedication.  With the 20th Anniversary of 9/11, recent events in Afghanistan and the realization that this monument, located along CCNC’s beautiful Memorial Path, will be there for all time.  It will forever offer honor and remembrance to all who have fallen or will fall in service to the country. 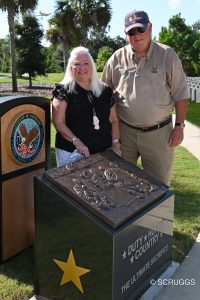