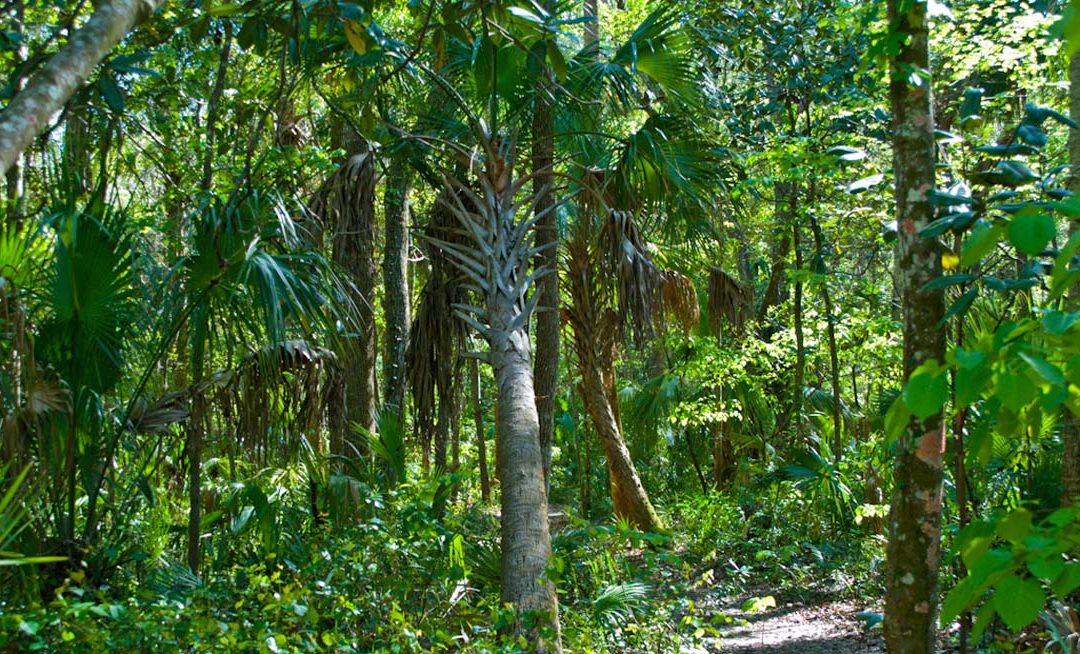 The last of the wild and free were killed in a large swamp at the head waters of the Sebastian River in the late 1800s. The head or hammock fed the meanderings of the river to the Indian River Lagoon. Cats, not kitty cats, but panthers and bobcats prowled the place.

This story is about little birds sheltered in the dense forest, the Carolina parakeet. Green flocks of these cheeky flyers were not escapees from someone’s bird cage, but native to Central Florida and once far beyond. Described by early naturalists, they were seldom seen in isolation, but as large devoted flocks. On first acquaintance, these curious creatures were seen as engaging treasures of the local, subtropical forests. Esteem for them grew with the value of their feathers, green, red and yellow, sold internationally as ladies hat decorations.

Before long, favor became nuisance then perhaps disgust. Choral squawking woke sleeping babies and interrupted conversation. For homemakers when the troublemakers swept in, often on laundry day, disaster awaited. Laundry scrubbed, washed and rinsed was hung outside to dry on clotheslines strung from tree to tree. Winged green clouds passing by or condensing in trees or even the lines left foul reminders on the hard won clean clothes. Boys were hired to chase, harass or shoot the swift targets.

Once alarmingly common, the squawking avians grew less dense and sightings incidental. The coming plight, yes, demise of the Carolina parakeet, alerted biologists and ornithologists. There was somewhat of a competition to find the last of the only American parrot north of Mexico.

Frank Chapman, friend of President Teddy Roosevelt and among the founders of the Audubon Society, was engaged in his annual collecting of biological specimens at Oak Lodge on the barrier island near Sebastian. Local contacts told him of the parakeet flock on the Sebastian River. Academic publications had already documented the apparent disappearance of the species. And Chapman did not have specimen of this bird in his collections. In a later published paper, Chapman reported a dedicated and substantial effort to fmd the birds before they were gone forever.

Armed with bird shot, Chapman and a small party gathered then paddled up the river to the hammock. After trekking awhile, they shot one parakeet. That one shot brought the end to the wild lives of the entire species. The common behavior in these flocks caused the remainder of the birds to rush to the side of the one injured. Chapman documented only a few individuals of this flock were shot. Everyone in the party was rewarded with one of the free flying Carolina parakeets. Not long after, someone put a bag over the flocks nest in the cavity of a tree, capturing the last Florida flock of the Carolina parakeet.

Yes, the birds were preserved, not in the Twenty-first Century sense of the word. Each was gutted and stuffed eyeless. A tag attached to a leg described the species, location of acquisition and date. Because of Chapman’s associates in Gainesville, one was sent to the University of Florida Collections.

Laundry was now safe and the village quiet. Sebastian River and Cat Head in Melbourne continued to be community fishing holes. In the 1920s, deep channels were dug draining lands to the west, thus opening development of wetlands for the Florida land boom. But standing water from the old parakeet habitats slipped into the canals, creeks and rivers and the Indian River Lagoon.

Chapman was mistaken in believing his specimens were the last surviving birds. A few were captured in hopes of delaying or saving the birds from extinction. The last died in 1917 at the Cincinnati Zoo. Recently, a DNA study of the parakeets found a specimen in a private collection in Spain. There may be an attempt to genetically create a Twenty-first Century Carolina parakeet.

Today, perhaps you can imagine squawking of green parakeets at (1) Cat Head at the Botanical Garden on the campus of Florida Tech just off Babcock Street in Melbourne and (2) the St. Sebastian River Preserve State Park.