Still Having The Time Of Their Lives 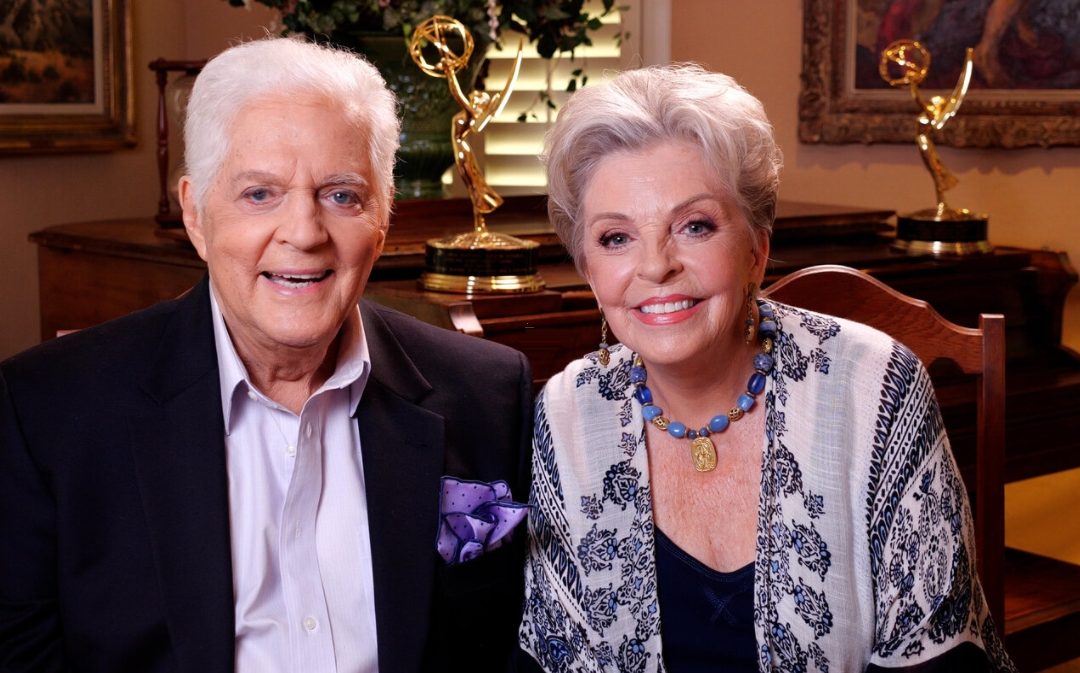 Bill and Susan Hayes Still Having The Time Of Their Lives

Actors Bill Hayes and Susan Seaforth were married in 1974. Or was it 1976? Actually, it was both! The pair tied the knot when their “Days of Our Lives” characters (Doug and Julie) married two years after the couple wed in real life.

Some 50 years and a collective 5,000 episodes later, the Emmy Award-winning stars of the perennial NBC daytime soap opera are still together both on-screen and off. They recently produced a website, Secrets of Soap Opera Lovers, explaining how the two have lived, loved, and worked together for five decades (see www.soapoperasecrets.com).

“Our grandson, David Samuel, came up with the idea,” explained Bill from the couple’s home in Los Angeles. “He had been divorced and wanted to know the secrets for our long and happy marriage.”

“So we wrote them down for him and he suggested we share them with others on the Internet,” added Susan.

Their secrets, a collection of personal tips for building a successful long-term relationship, include singing and dancing together, saying I love you every day, keeping promises, and supporting your partner’s dreams. Another involves kissing, an activity their TV characters frequently embrace. The couple’s first kiss – on-screen and in real life – was in a premarital episode airing on July 23, 1970.

“That’s our number one secret,” noted Bill. “Give your lover a kiss first thing in the morning and the last thing at night.”

“We have love scenes on the screen, so naturally we have to rehearse them at home,” added Susan as Bill laughed in the background. “We need to practice a lot – we have to perfect them!”

On the website, Bill and Susan explain their secrets in a series of short videos filmed in the couple’s living room, each reinforced by an illustrative clip of their characters from the show.

“We chose scenes from ‘Days of Our Lives’ that demonstrate the point we make in each video,” said Susan.

Bill, who is 96, and Susan, 78, expect their characters to continue displaying on-screen affection through 2022 and beyond.

“The show is produced five days a week and they used to shoot day-for-day, but now they shoot eight episodes in five days,” explained Susan. “Bill and I have been working about four to seven times a month which is plenty right now.”

In addition to their daytime soap duties, both Bill and Susan have each appeared (separately) in a dozen feature films, as well as numerous TV movies, series, and theatrical productions throughout their careers. Bill even enjoyed a smash hit in the 50s singing “The Ballard of Davy Crockett,” outselling versions by Fess Parker and Tennessee Ernie Ford.

“We recorded it on the first take in one day,” recalled Bill. “I still get a royalty check each year for about $3,000. So someone must still be buying it!”

Long-time fans of “Days of Our Lives” are still buying the love that Bill and Susan’s characters share on-screen.

“It’s not Shakespeare, but the writers continue to make Doug and Julie fresh as the times change and as we age,” said Susan. “We haven’t even thought about stopping. Old actors don’t retire, they just lose their agents!” This iconic daytime TV couple, however, can expect to retain their management for quite some time.

“It’s been hard work for many years, but we still love it,” she adds.  “We’re proud to be producing a quality product as the matriarch and patriarch of the show.”