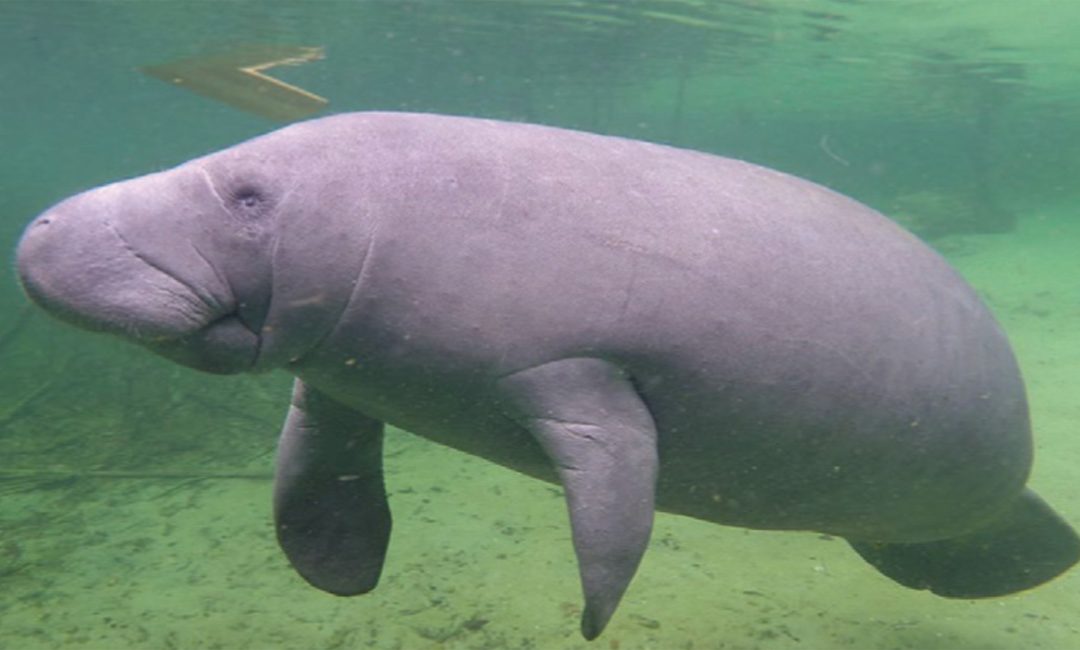 Miners kept a canary in the coal mine.  A dead canary meant “This is no place for man or beast”.

After the American Revolution (1783) Florida was abandoned by the British.  The original native tribes of over 10,000 had succumbed to European disease.  Manatee domain was Biscayne Bay and the mangrove and sea grass meadows.

The east Florida Atlantic coasts became the focus of American settlers and investors exploring values of strange lands with endless opportunities.  Waterways were the highways for migration.  Travel was improved by dredging canals and filling wetlands.  Marshes and sea grass beds were scooped up for making new property from the sand lagoon bottom.  The rapid development of South Florida eliminated acres of manatee habitat.  Manatee then grazed north to greener pastures.

The Indian River Lagoon from West Palm Beach to Volusia County was bordered by sunlight meadows of various under water grasses swaying to the rhythm of wind, tide and season.  Food was plentiful but with an additional problem.  Sea cows, real cows and people get cold at temperatures below 50 degrees.  Even with plenty of food available, manatee seldom came north of Vero Beach in the winter.  That was before humans inadvertently supplied heaters.  For instance an unsuccessful oil well dug in Palm Bay left a free flowing warm 70 degree discharge into Turkey Creek, a manatee sauna in the cold.  Other wild wells and canals became warm gatherings.

In the hard time of the Great Depression, slaughtered manatee provided protein for families and could be ordered as sea beef from restaurant menus.  Discharge of warm water from electrical power plants drew manatee further north year round.

The problem of salt marsh mosquitoes clouded flights into town were abated by sectioning off and flooding thousands of wetland acres.  Thus productive mangrove and sea grass food were out of reach for what became known as “the gentle giants”.

Since 1980, condition of the Indian River Lagoon has so declined that fisheries and other valuable estuarine “gold standard” resources have significantly diminished.  Water quality had reduced the ability of sunlight energy to feed the former productive sea grass meadows.  The lagoon, once the salad bowl of the vegan manatee, has brought them to starvation in the winter of 2021-2022.  State officials fed the emaciated sea cow herds’ romaine lettuce from grocery stores.

In the Indian River Lagoon and the bay of South Florida, our grey canaries are telling us that our waters are not a “place for beasts” and not the vital economic resource for us.