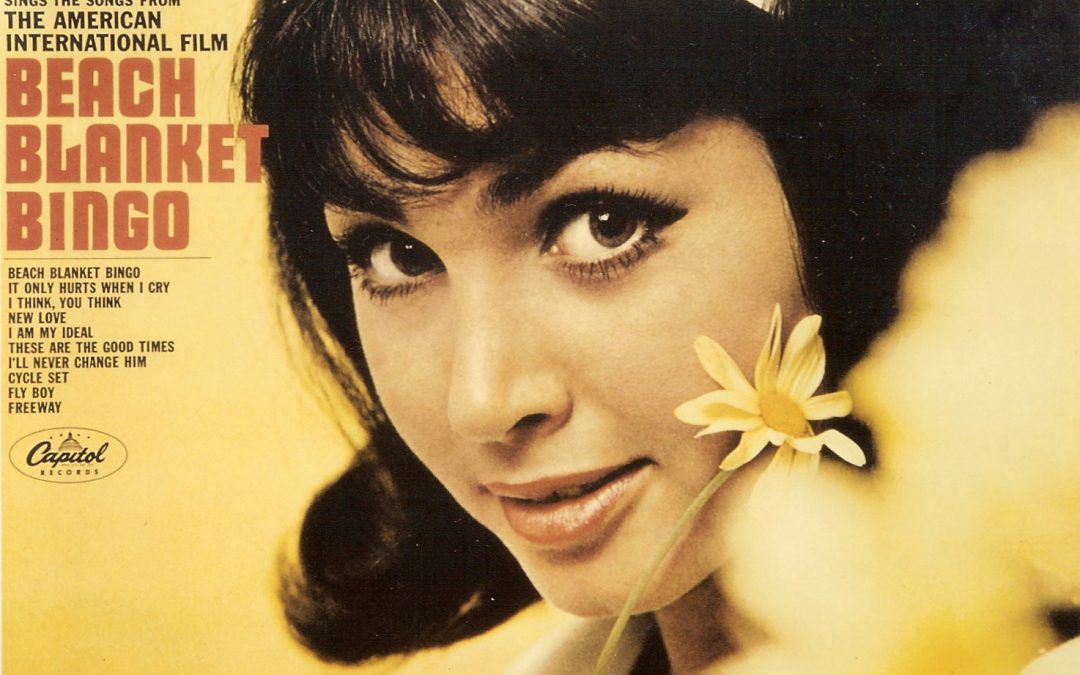 When a top female British singer declined to appear on the premiere episode of the new American musical variety show “Shindig!” on September 16, 1964, the producer knew who to call – Donna Loren. 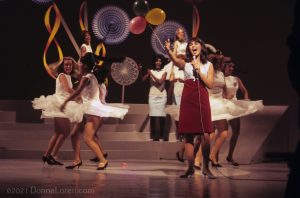 “Dusty Springfield couldn’t make the first show, so I was invited to sing her hit Wishin’ and Hopin’ and became a regular cast member for the rest of the series,” said Loren, who turned 75 in March, from her home in Bisbee, Arizona. 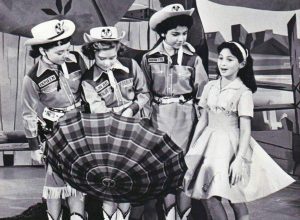 Donna Loren, right, next to Annette Funicello on The Mickey Mouse Club in 1958 – ABC Disney

By 1963, she was also gaining nationwide recognition as the model and spokesperson for the Dr Pepper Company, performing at promotional events across the country since the age of 16. In films, she appeared in two 1964 musical comedies, “Muscle Beach Party” and “Bikini Beach,” with a third, “Pajama Party,” released shortly after her first “Shindig!” appearance. All three films starred beloved former lead Mouseketeer, Annette Funicello.

With film, television, advertising, and song contracts before her, the dark-haired beauty with a killer voice seemed poised to take the 60s entertainment world by storm, even acting on popular shows such as “Batman,” “The Monkees,” and “Gomer Pyle: USMC.”  An additional beach film, “Beach Blanket Bingo,” was released in 1965 featuring Loren’s signature song, “It Only Hurts When I Cry.” 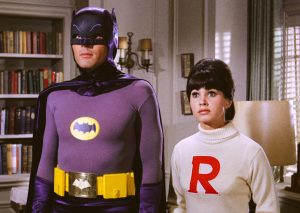 Adam West and Donna Loren, as Susie, who appeared in a pair of 1966 episodes of Batman – ABC

But by 1969, Donna had largely vanished from the entertainment scene.

“Privately, my life growing up had been difficult,” she admitted. “My mother had me out of wedlock and was mired in shame back in the 1940s. She didn’t want me and didn’t even like me which I’ve had to try to balance all my life.”

Loren married in 1968, at the age of 21, as her 5-year contract with Dr Pepper was coming to an end. But then, tragedy struck her new family. 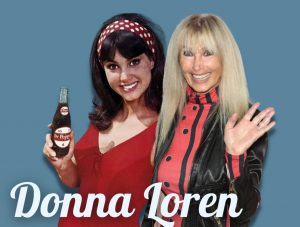 Donna Loren, then as the Dr. Pepper model, and now – provided by Donna Loren

“Two months after the wedding my mother-in-law passed away suddenly,” she explained. “I’d had the contract with Dr Pepper since I was 16 and on my 21st birthday they wanted me to fly to the company headquarters in Dallas to perform for the executives.”

Around this time, with all her earnings going straight to her parents, she also became pregnant.

“I knew the Dr Pepper CEO, Foots Clements, so I called him to say I was getting out of the business,” she said. “I did not want to be used anymore and I needed my child to know who I was. I have absolutely no regrets about the decision.”

Loren went on to raise several children and remarried. After 40 years of private life and with her family grown, she began recording and performing again in the late 2000s. 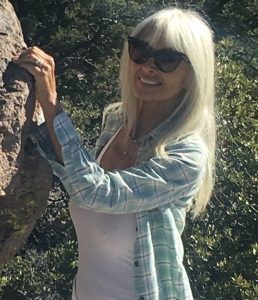 Donna Loren today, near her home in Bisbee – provided by Donna Loren

With numerous singles and CDs released in the past decade, she even relearned 100 songs she had performed in the 60s, posting many online for fans. If Loren had any doubts about recording after a prolonged absence, the words of Mickey Mouse Club teen idol Funicello confirmed her self-confidence.

“I still remember my appearance on the show and Annette later sending me a Christmas card in which she wrote ‘I wish I could sing like you!’” recalled Loren, whose still-powerful vocal performances are cataloged on her website (www.donnaloren.com).

Loren has been recounting her life and career recently on a series of weekly podcasts titled “Love is a Secret Weapon” co-hosted by Dr. Adam Gerace (see www.anchor.fm/lovesasecretweaponpodcast).

“I love communicating with people,” she says. “Give me a minute and I’ll give you my all.”