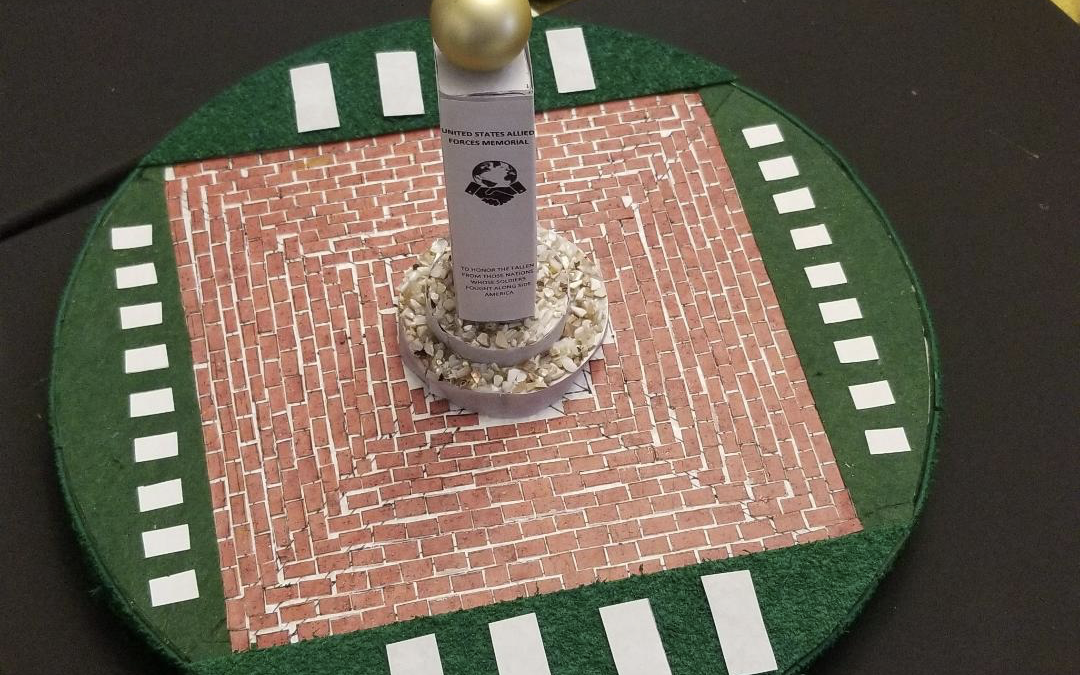 About 50 people gathered on a warm afternoon on 30 April to witness history:  the Ground Breaking Ceremony for creating a “Monument to America’s Fallen Allies”.    As best the Brevard Veterans Memorial Center can determine, there is no other monument or memorial in Florida that strictly honors the Fallen Soldiers from Foreign, but Allied Countries who gave their lives for their own nations AND for the mission shared with the United States.  Our country has relied on allies who have sacrificed since the French came to our aid during Revolutionary War.

For more than eight years a 501c3 organization based in Orlando, The Vietnam Unforgettable Memories Foundation. (VUMF)  has sought a place in Central Florida to establish such a memorial. In December 2021 the Veterans Memorial Center and Brevard County Officials approved the VMC Memorial Plaza area as the future site that would honor the Fallen Allies who fought alongside American forces throughout history and would begin with those who fell during the Vietnam War.  Already families from Afghanistan, Canada, and even one from Ukraine have expressed interest since they have relocated to Florida and in many cases have no way to go back or no appropriate memorial to visit in their home country.

The Ceremony was attended by most of the contractors involved in construction, many members of Rolling Thunder FL Chapter 1, the VMC and other Orlando based supporters of the project.  Plans now include starting ground preparation in mid- July and construction be early August.  See the model below for the concept design which will include over 300 bricks to be engraved honoring those who fell in combat alongside their American brothers and sisters in that conflict, no matter when.  The Gray Granite Engraved Obelisk with a beautiful metal and protected globe on top will stand over 7 feet high and weigh over 5K pounds.  The target for unveiling is 17 September, a key date in the history of American involvement in Vietnam and appropriate during this time of honoring American Vietnam Veterans.

The new Monument will be located next to the Immortal Four and All Chaplains Monument to the north of our Tank in the Plaza area.