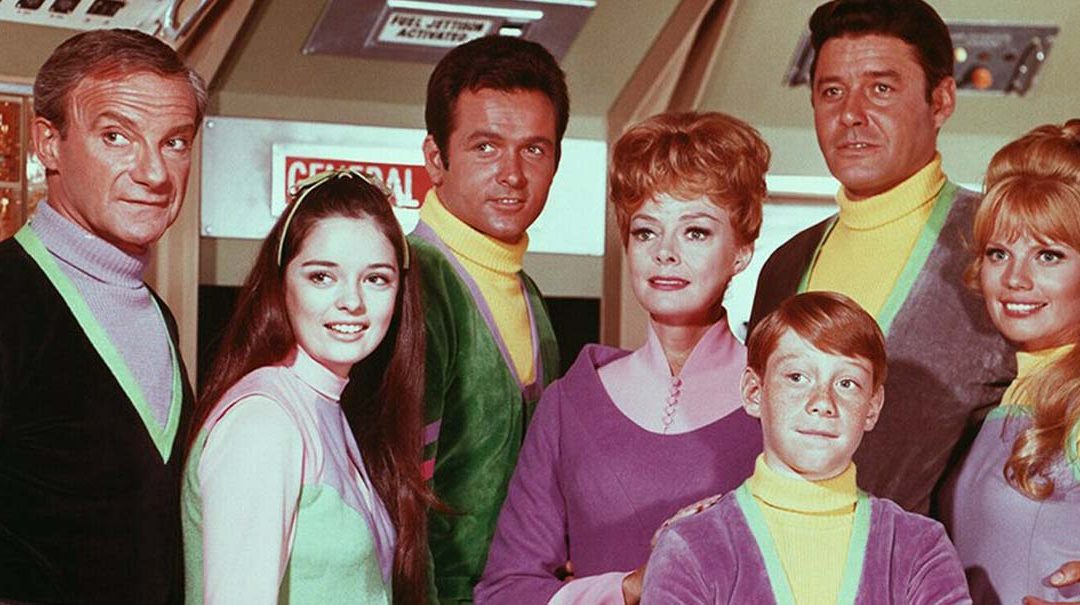 If you were a child growing up during the 1960s and a fan of sci-fi television of the day, the nostalgic value of shows like “Lost in Space” can’t be overstated. Cast members Bill Mumy and Angela Cartwright recognize the connection many seniors may have to the series and have updated and expanded their 2015 “Lost (and Found) in Space” book into a new volume, released September 14 (see www.NCPBooks.com). 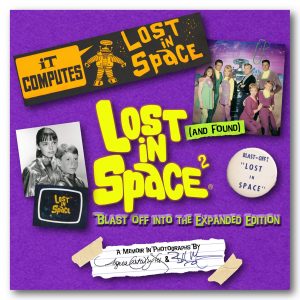 Lost (and Found) in Space 2. Front Cover. Provided by publisher

“The new book is now 350 pages and contains over 900 photographs,” said Bill Mumy, who played plucky junior astronaut Will Robinson in the series, from his home in Los Angeles. “The original was largely a scrapbook with a few captions, but this one contains a lot more stories about the show as well as the intertwining lives of Angela and me who have remained friends for over 50 years. Much of the credit for the expanded book goes to (the late producer, director, and screenwriter) Kevin Burns.”

Angela Cartwright (the show’s genial and imaginative space-teen Penny Robinson) says Burns called her after acquiring the CBS photo archives of the show. 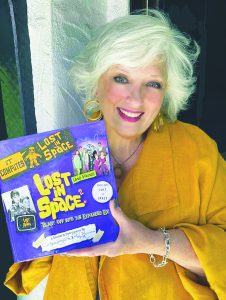 Angela Cartwright with the new book – provided by the publisher

“We were planning to update the book with maybe 50 additional pages, but it ended up so much more with all these never-before-seen photos,” she explained from her Los Angeles art studio. “Bill and I got on the phone and began writing down all the personal memories the photos brought back.”

“I was 10 when the show began,” recalled Bill. “Angela and I were at school together for 4 years, we went through puberty together, we became each other’s first loves, traveled the world together, and went on to have our own families. So it’s both a book on ‘Lost in Space’ and our long friendship.” 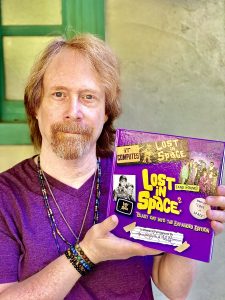 Bill Mumy with the new book – provided by the publisher

Why the show and science fiction in general, remains so popular with audiences is no mystery to Mumy. “Sci-fi is just a canvas for the imagination. And because our show had children, kids watching could relate to those characters and go along on the space adventures with us each week.”

After the 3-season show ended in 1968, Mumy and Cartwright continued to act including cameos in the new Netflix “Lost in Space” series. But both have enjoyed successful careers beyond the screen in other artistic areas. Mumy is a respected musician and singer/songwriter (see www.billmumy.com) while Cartwright is a noted photographer and painter (see www.angelacartwrightstudio.com). However, the pair never distanced themselves from the iconic sci-fi series. 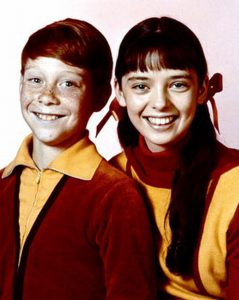 Angela and Bill as Penny and Will Robinson – CBS publicity photo

“The props, the cast, the stories – I loved every minute working on the show,” recalled Bill. “We’ve been living through a hard time on this planet lately, so a little nostalgia can take you back to a happy time. ‘Lost in Space’ even inspired people to go into the space program.”

“When we visited NASA to watch the Discovery liftoff, an experience I’ll never forget, that’s what technicians told us,” added Angela. “We just made this little show but it really captured the imagination of the youth of the day. Now, people in their 50s and 60s have introduced it to their children and grandchildren. In 30 or 40 years when we’re all no longer around, there will probably be new generations still watching it with fond memories. So we’re grateful for the fans and hope the book brings back a snippet of their childhood.”

And as the stars have aged, so have their fans. “That’s a special connection we have with them,” noted Angela. “They’ve even been very forgiving about my white hair!”

Nick Thomas teaches at Auburn University at Montgomery, Ala., and has written features, columns, and interviews for numerous magazines and newspapers. See www.getnickt.org.