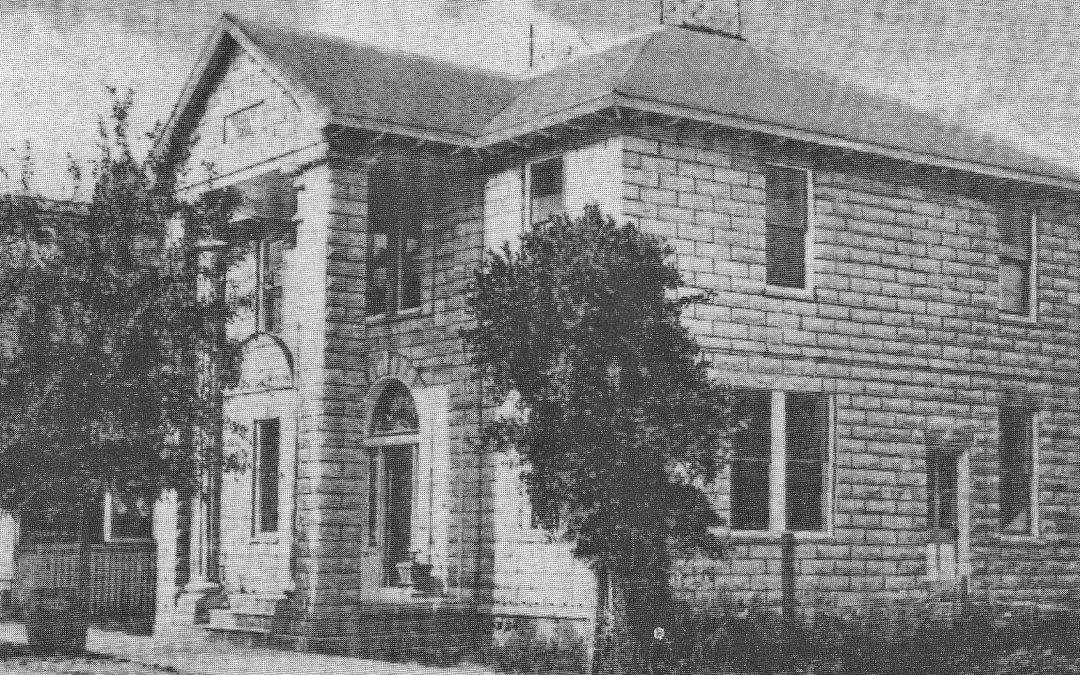 From notes of Allie Hughlett LaRoche – By Norma Baird

There are happy memories of growing up in the small town of Cocoa in the 1890’s. The railroad was just back of the Federal Building, now the Alma Clyde Field Historical Library.  The first trains came to Cocoa in 1894; before then, transportation was by boat from Titusville.

There were many sailboats on the river and every year on May 1 the pioneers had a picnic on Oleander Point. Later the Brevard Hotel was built on that site. Now there is a large condominium complex there. Mrs. LaRoche wrote that the point was a beautiful jungle of tropical growth and later the Yacht Club was built there. Many sailboats came from Titusville and Eau Gallie for boat races on ‘”Picnic Day.” Titusville celebrated July 4th and Eau Gallie celebrated on February 22. Everybody from these towns met each year.

There were two churches – The Methodist and Episcopal. There was one schoolhouse for Cocoa and Rockledge children. It was across the railroad and had one teacher. In 1899 our first high school was built on the comer of Willard and Florida Avenue and we were eager for it. Both the school and the City Hall were good buildings, but have long since been demolished. The Opera House was upstairs in the City Hall.

The two-room Post Office was in the first City Hall. Captain Schoonmaker (the only Republican in Cocoa at that time) was the Postmaster. There were two trains – one each way. He walked to the train everyday with the mail in a wheelbarrow. He had one helper – Rose Bracco.

When we got electricity about 1907, we only had it from 6 p.m. to midnight, but it was a treat from the dim lights we had up until then. There were advantages then over the present day even though there are more conveniences now. Back then we enjoyed good home cooked food that tasted better than it does now – it was a labor of love cooked on an old wood stove – and the glow and warmth of the fireplace was wonderful. 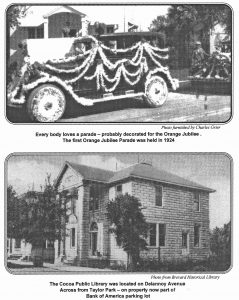