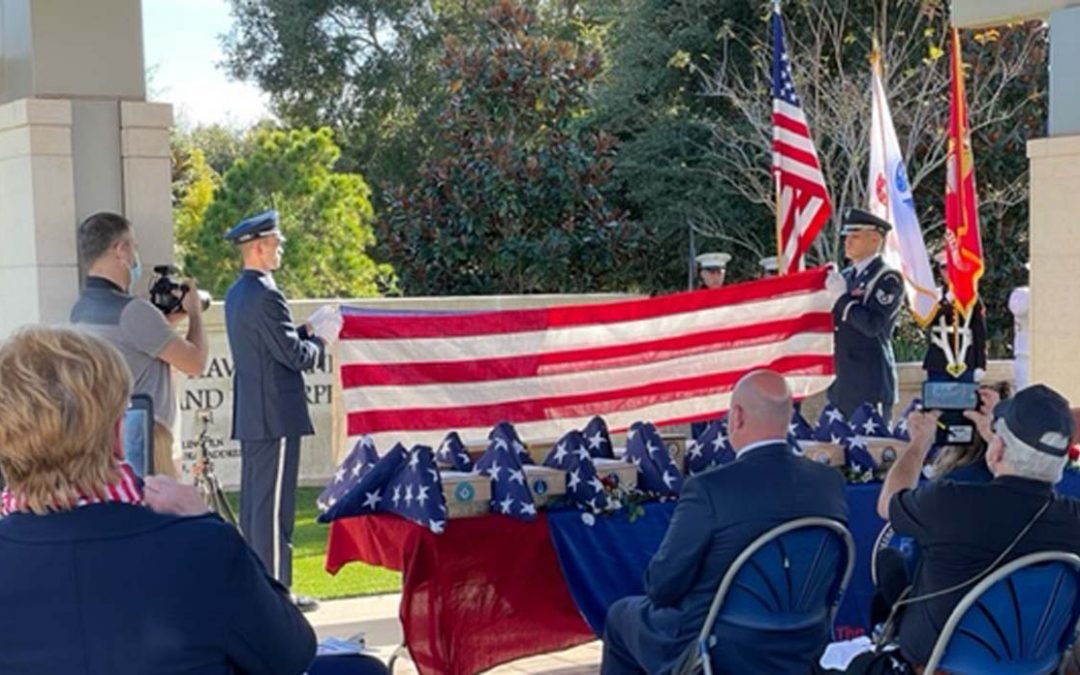 YOU ARE NOT FORGOTTEN:  Ceremony at Cape Canaveral National Cemetery on Dec 1, Honors 24 Veterans and 2 Spouses cremains that have previously gone unclaimed.

On December 1, 2021, under beautiful fall skies, per current VA protocol, a closed MIAP Call to Honor #28 was held at the Cape Canaveral National Cemetery (CCNC) located in Brevard County, FL.  The solemn ceremony honored 24 veterans, and 2 spouses, who were recognized one by one and placed in a niche.  The cremated remains of these veterans went unclaimed for an average of more than two decades.  One remained in a funeral home storage vault for five decades.  Many of the veterans served our country in times of conflict with 18 having served in World War II and two being sent into WWII, Korea, and Vietnam. 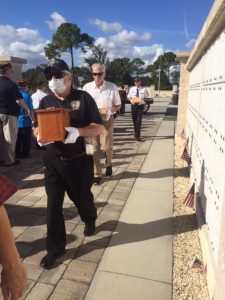 Special thanks to CCNC, Director Mr. Kevin Ridgeway, and the great CCNC staff for supporting a beautiful ceremony and making sure each veteran and spouse is now laid to rest with dignity and honor. Active-duty personnel from local units of all branches of service and some veteran organizations supported the ceremony, along with MIAP volunteers led by Kathy Church, Florida State MIAP Coordinator. 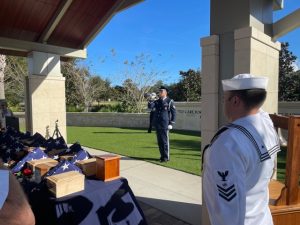 Difficult to accept, the reality is that funeral homes, Medical Examiners Offices, hospitals, and other private locations across the country are caretakers of unclaimed cremains.  The Missing in America Project is a nationwide, nonprofit, 501c 3 volunteer organization.

The purpose of the MIA Project is to locate, identify and inter the unclaimed cremated remains of American veterans through the joint efforts of private, state, and federal organizations. To provide honor and respect to those who have served this country by securing a final resting place for these forgotten heroes.  MIAP was founded in 2006 and operates in many states. For more information about MIAP and to become a supporter or volunteer go to www.miap.us. 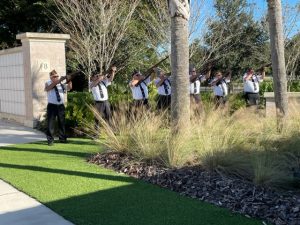 Due to the high number of unclaimed cremains, there will be more ceremonies in the coming months and years at CCNC, which covers five East-Central Florida counties and as well as at all other National Cemeteries across the state.