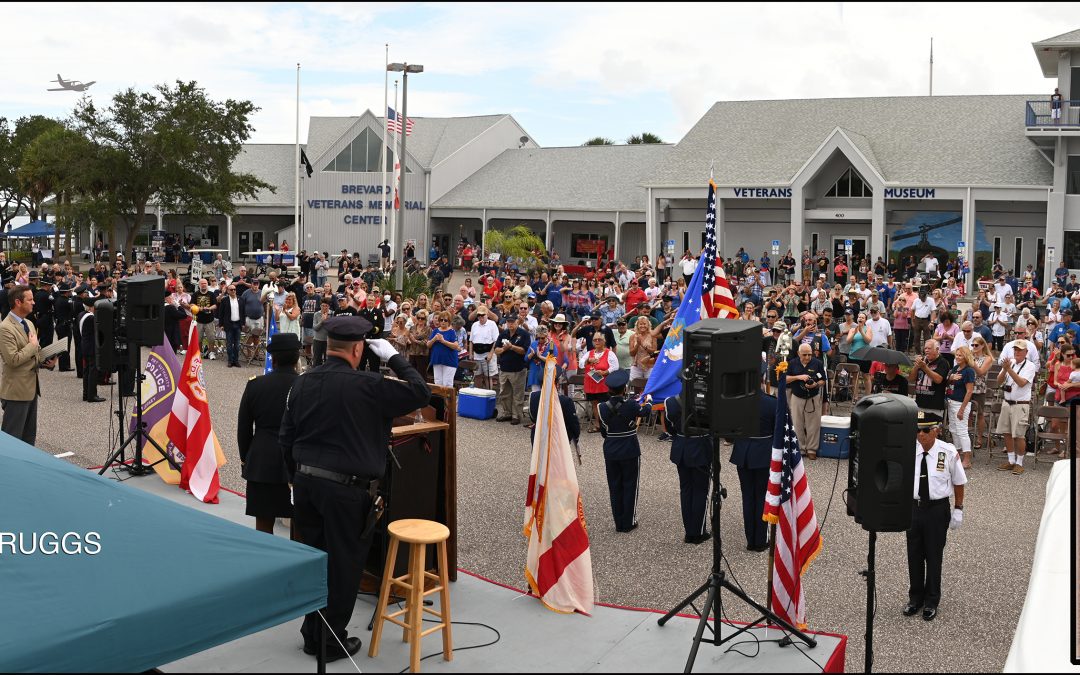 Forty Three years ago, Brevard County officially created the Brevard Veterans Council (BVC) in the aftermath of America’s divisive war in Vietnam.  The six founders, led by COL John Howard, USA, Ret, the son of the head of all US Army Chaplains in WWII, met in homes, restaurants, churches and training rooms at the Merritt Square Mall,  as their numbers grew and as the County and Merritt Island Redevelopment Agency (MIRA) looked at a potential building site.

A real estate down turn in the late 1980’s opened the door to the State and later MIRA taking over property along Sykes Creek and the Veterans Memorial Center and the BVC had their own home in 1990.  The next year the Veterans Memorial Center (VMC) 501c3 was created and veterans joined in droves creating a Museum, Library and facilities to meet and rent out since from the beginning it was decided veterans and the public would not be charged to visit, but revenue was needed to operate and grow.

The beautiful Veterans Memorial Plaza was dedicated in 2011 and in 2016; the 6000 sq. foot Military Museum and 82 Acre Veterans Memorial Park were opened on that Veterans Day.  Now with 500 members in the BVC/VMC, representing 72,000 veterans and 16,000 active duty military personnel in Brevard County, the VMC has become a Gem on Merritt Island and is considered by many to be the biggest and most beautiful VMC in Florida.

On 13 July 2022, the 43rd BVC/VMC annually elected team of Officers and Board Members was sworn in to guide, as part of the government/veteran partnership started in 1978,  the VMC and Park into a new wave of improvements.  By the end of 2023 those Park improvements will include a major amphitheater, lighting ,  irrigation for Memorial Trees and hundreds of other plants and trees being added, a food concession area, more restrooms, exercise stations along the existing 5K trails and much more. 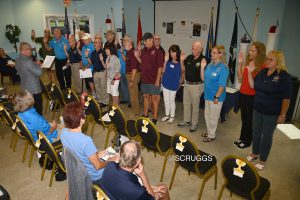 All this has happened because of an amazing partnership started four decades ago that includes:

— 11 Tenant Veteran Organizations including the largest DAV Chapter in Florida

Come and visit the Gem and help spread the word.   The future is bright and the possibilities for events and activities in a new “Downtown” Merritt Island are endless.